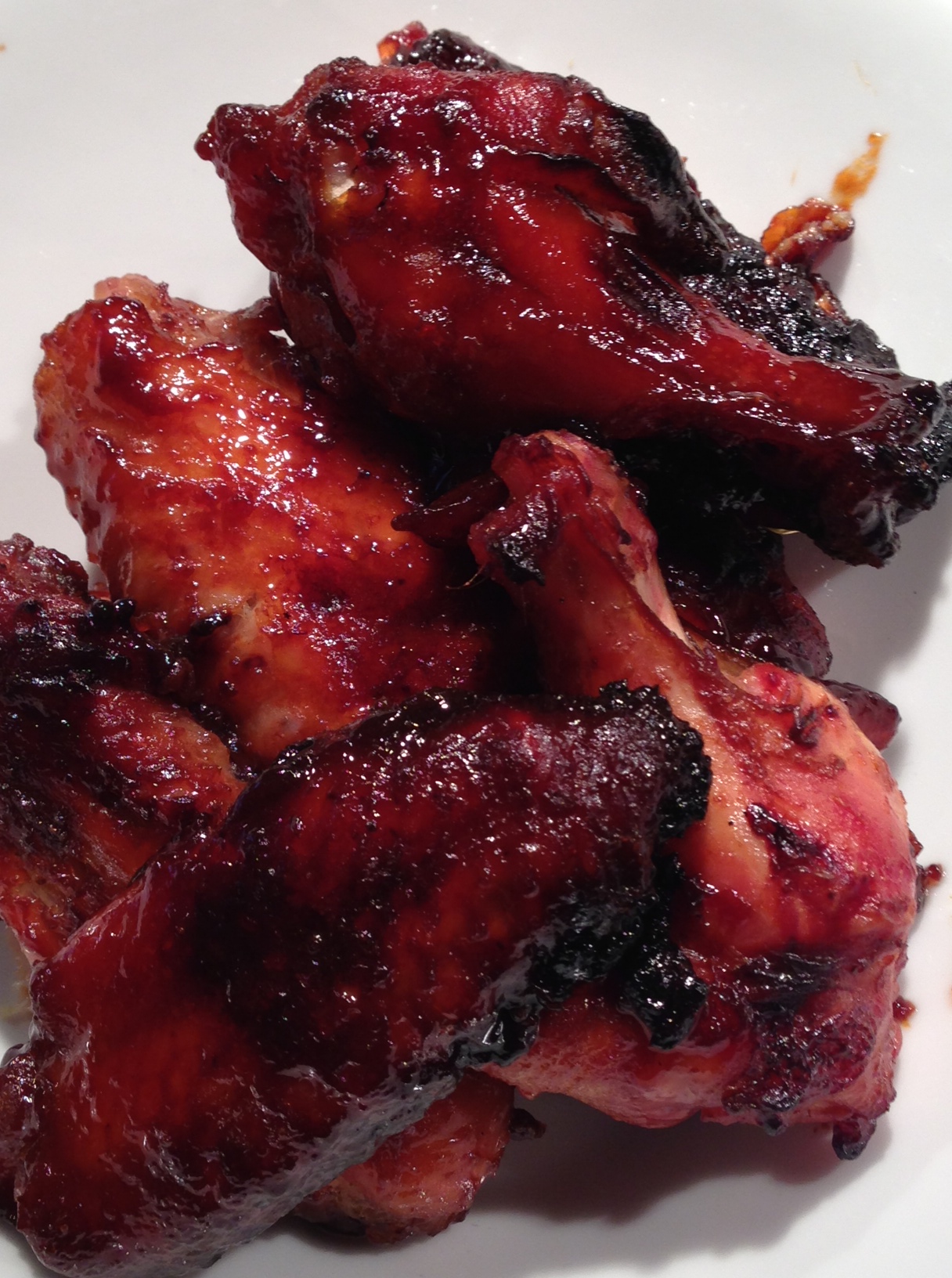 Preheat oven to 425 F with a large, flat, Teflon coated pan (not aluminum) to heat up. The hot pan will help to sear wings before they cook.

Rinse meat thoroughly and dry with a paper towel. 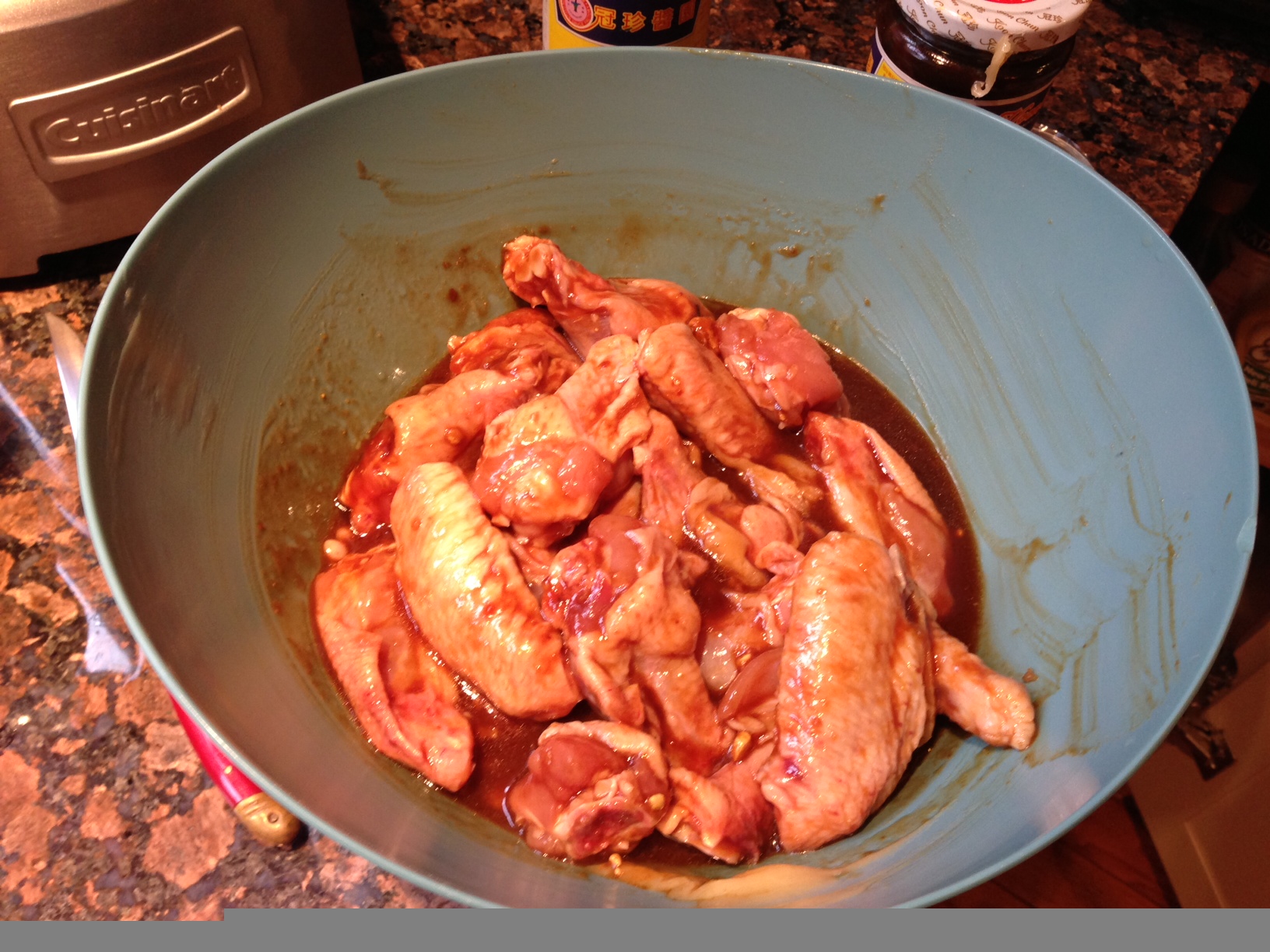 Remove pan from oven and place the wings on pan and spread apart so they are not touching.  They should all fit on one pan, so that they have room to cook and carmelize in the pan.

Cook for 30 mins, then remove from oven and turn the wings over and replace in the oven for another 15 minutes. 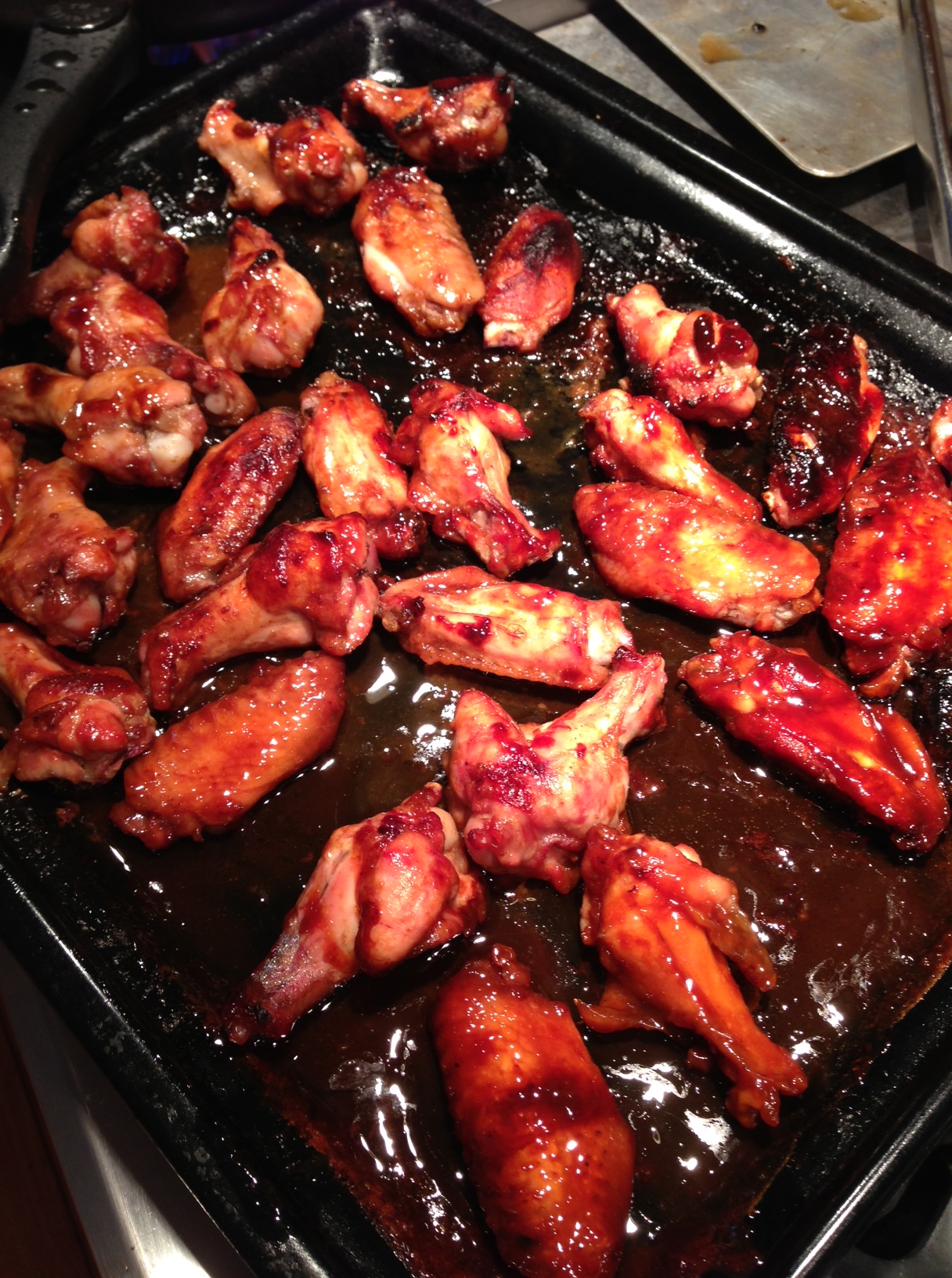 Serve warm.  You can also make them ahead and reheat when they need to be served. 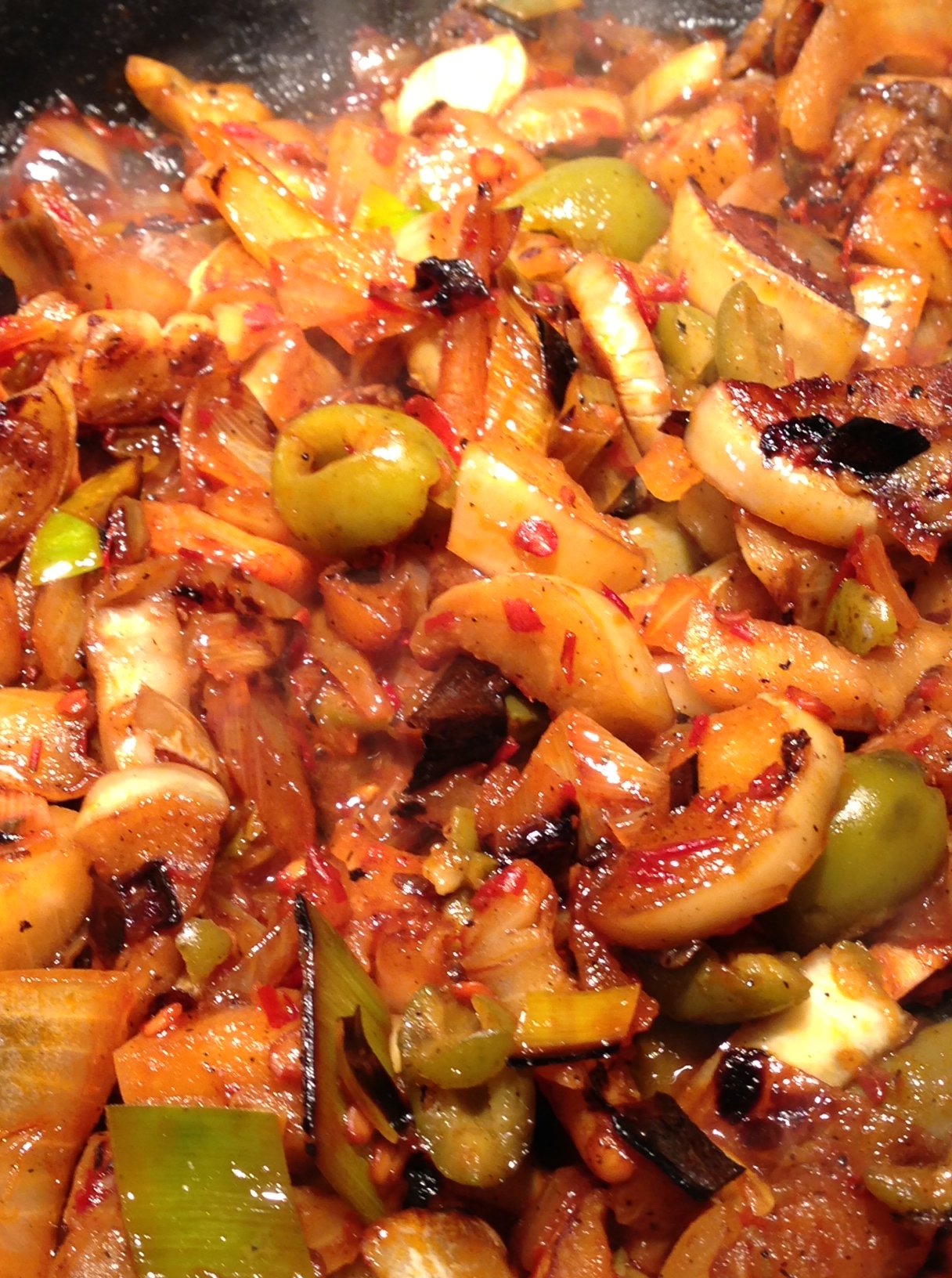 Thinly slice the leek (only the white and light green part) and onion. Leeks need to be soaked in a bowl of water to remove any sand or dirt that may be between the layers of the leek.

In a preheated, cast iron pan, saute the leek and onion with 2 tbsp of olive oil over high heat. After 1 minute, reduce the heat and add a pinch of salt.

Once the onion and leek start to caramelized, add the pepper sauce and cook for an additional 2 minutes.

Deglaze with 1/2 C of sweet vermouth, let the liquid cook out a bit, then remove from heat and place the leeks and onions in a separate bowl.

Add the remaining 2 tbsp of olive oil back into the pan and add the eggplant and cook over medium-high heat. Add garlic powder, roasted cherry tomatoes, olives, and leek and onion mixture. Deglaze with remaining sweet vermouth and reduce heat to low, until liquid evaporates.

This dish is great to serve with toast and crackers, like pita chips or to be used as a topping.

Get Our Updates Via Email!